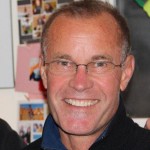 He started as a carpenter working exclusively on high-end custom homes in the Monterey Bay area. Working hands-on with the tools of the trade and alongside top craftsmen gave him direct knowledge of time proven building techniques, as well as an acute understanding of the importance of attention to detail. Through Bruce’s love of art & creativity he has earned a reputation for using some of the most refined technical procedures and applications for woodworking.

An Expanding Focus
With his father’s retirement in 1978, Bruce and his two brothers took full control of the family construction company becoming Hagen and Sons Construction. They grew to a company of 34 employees and cultivated a lengthy list of repeat customers from Woodside and Atherton to Carmel and Carmel Valley. Among those were co-founder and past Chairman of the Board of Apple, past CEO / President of Apple and CEO of Pacific Gas & Electric, among many others. Bruce’s past list of clientele exemplifies his commitment to quality and integrity. Bruce has a wide variety of construction experience ranging from smaller beach cottages to large technically demanding, architecturally challenging 18,000 sq. ft. family estate compounds. The company’s clientele demanded the very best and were always satisfied with the outcome.

Moving to Colorado
In 1994, Bruce and his brothers moved their new company Hagen Brothers, Inc. to Fort Collins, Colorado where they could find a change in lifestyle. Bruce brought along with him his tradition of excellence offering what he believed is the broadest range of experience and expertise in high-end construction in Northern Colorado. His time spent living and working in a colder climate has allowed him to truly understand the importance of energy efficient construction techniques such as a home’s thermal envelope, efficient heating and cooling techniques and effective building materials in a hot and cold climate.

New focus
In 2010, wanting to spend more time with his two grown children and grandson Bruce and his wife Kathy re-located back to California where for a short period joined an estate home building firm. This opportunity reignited an old friendship with Mark Colbert where the two realized their business philosophies meshed well which led to the birthing of HAGEN COLBERT. This has also allowed Bruce to invest more time perusing his adventures such as: watching his grandson Cole surf, cycling, fly fishing, back packing and trail running.

Beginnings
In 1975, Mark began his construction career while a junior in high school with H&M Concrete in Cupertino, CA, as a laborer. It wasn’t long until Mark knew construction was his path and he pursued it in earnest. Mark had gained the experience and construction know-how that created a highly motivated young man with the desire to own and operate his own construction company. By September of 1981, he earned his California general contractor license and launched Colbert Construction Company.

Growing a company
For the next twenty-six years, Mark’s company built many homes for sophisticated clientele that included several Silicon Valley and bank executive homes in the beautiful Santa Cruz mountains and beach communities. In addition, he built executive homes for a Granite Construction Director and the former Mayor of Watsonville, plus other homes in the Corralitos apple farm country.

In 2007, Mark took the opportunity to join a Monterey Peninsula estate-home building firm as the Project Superintendent to build their first estate home of 11,000 sq. ft. In the years with the firm, Mark helped them become one of several leading custom home building companies in the Monterey Peninsula, Carmel, and Carmel Valley communities.

In 2013, Mark had the pleasure to join his skills and history in a partnership with Bruce Hagen, creating HAGEN COLBERT, Inc. Together, Mark and Bruce bring over 70 years of combined experience to their company providing excellence in craftsmanship and services.

Giving back
Over the years and mostly through his church, Mark has volunteered with teams of builders and big-hearted people for many charitable construction projects home and abroad. He has traveled to multiple countries from many islands of the South Pacific, to Mexico and Central America, building churches, schools and homes for less fortunate communities and people.

Play time
Mark has many activities: he is passionate about boating, backpacking and fishing, but surfing has been the largest activity of Mark’s life. He has surfed for more than 40 years, mostly in the wave-rich community of Santa Cruz, CA. He has traveled to eight countries around the world experiencing the waves, culture, and diversities of life.

A reason for living
Most important and purely fortunate, Mark has been married to his wife Julie, since August 4, 1984. Mark and Julie are gifted with four children and one son-in-law. They are the pride of their earthly responsibility and surely a heavenly gift.